The following examples of grep command in UNIX are based on my experience and I use them on a daily basis in my work. Grep command is also part of any beginner's UNIX command tutorial as it is an essential command to learn in order to work efficiently in any UNIX environment like Redhat Linux, Ubuntu, IBM AIX, Oracle Solaris, or BSD.


Example 1: How to ignore some words while doing a search using grep in UNIX

Finding relevant words and exclusion of irrelevant words. Most of the time I look for Exception and Errors in log files and sometimes I know certain Exception I can ignore so I use the grep -v option to exclude those Exceptions


This grep command example will search for the word "Exception" in logfile.txt and print them but since we have piped out of the first grep command to the second grep command which will exclude all lines which match the word "ERROR".
To make this grep example more concrete let's see another example, here we have a file which contains three lines as shown below:

Now we want to search all lines in file example.txt which contains the word UNIX but at the same time doesn't contain the word Linux.

You can see how useful the grep -v command option can be. If you want to learn more about it I suggest you join a comprehensive Linux course like Learn Linux in 5 Days and Level Up Your Career on Udemy. I bought his course for just $10 and often reference it o revise Linux concepts. 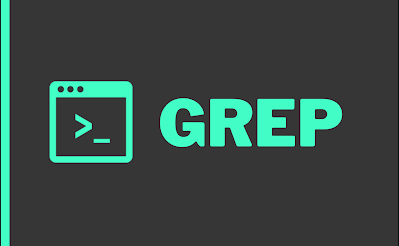 Example 2: How to count the occurrence of a word in a file using the grep command

If you want to count on a particular word in the log file you can use the grep -c option to count the word. Below an example of a command will print how many times the word "Error" has appeared in logfile.txt.


Show an additional six lines after matching very useful to see what is around and to print the whole message if it splits around multiple lines. You can also use command-line option "C" instead of "--context" for example

stands for extended grep and it is more powerful than grep command in Unix and allows more regular expression like you can use "|" option to search for either Error or Exception by executing just one command.

If you want to do a case insensitive search then use -i option from the grep command in UNIX. grep -i command will find any occurrence of both Error, error, and ERROR and quite useful to display any sort of Error from the log file.

zgrep is another great version of grep command in Unix which is used to perform the same operation as grep does but with .gz files. Many times we gzip the old file to reduce the size and later want to look or find something on those files. zgrep is your man for those days.
The below grep command will print all files which have "Error" on them.

Example 7: How to do a recursive search in a directory using grep in UNIX

If you want to do a recursive search using the grep command in Unix there are two options either use "-R" command-line option or increase directory one by one as shown below.


This command will search for a directory or file with the name stored in the current directory and it's all sub-directory. If you want to learn more you can also see this recursive grep example from my other article.

Another useful grep command-line option is "grep -l" which displays only the file names which match the given pattern. Below command will only display file names that have ERROR?

Also, find command in UNIX can be used in place of grep in many places. If you want to leverage the full potential of grep, then using Grep pocket reference is not a bad idea, an ideal grep reference for system admin, developers, and security professionals 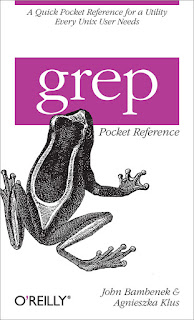 Example 10: How to search the whole word in a file using the grep command

You can use the grep -w command in UNIX to find the whole word instead of a just pattern, as shown in the following example. This example will only print lines from logfile.txt which contains full word ERROR.


Searches only for words ending in 'ERROR', so it matches the word `SysERROR'. If you want to learn, I highly recommend you check out Pluralsight's Linux Command Line Interface (CLI) Fundamentals course. It's a great course to learn useful commands for beginners. 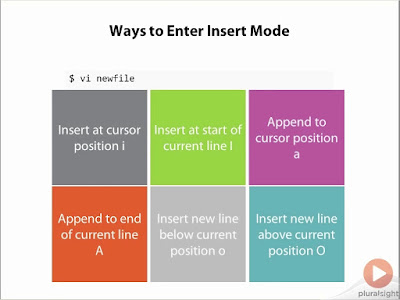 By the way, you would need a Pluralsight membership to join this course which costs around $29 per month or $299 per year (14% discount). I highly recommend this subscription to all programmers as it provides instant access to more than 7000+ online courses to learn any tech skill. Alternatively, you can also use their 10-day-free-pass to watch this course for FREE.


And, here is a nice summary of all the grep commands you have learned so far. You can take the print out of this slide to keep these grep commands handy. 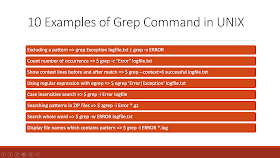 As per my experience having a good hold on grep and UNIX find command with knowledge of regular expression will be great for your day to day life if you need to look at log files or config files or need to do production support on electronic trading systems or any other kind of system which is running on UNIX.

This list of grep command in UNIX is by no means complete and I look forward to you guys sharing how you are using the grep command in UNIX.
If you like this article, you may find the following UNIX tutorials also interesting: Thanks for reading this article so far. If you like these grep command examples in Linux then please share with your friends and colleagues. If you have any questions or feedback then please drop a note.
P. S. - If you are new to the Linux world and looking for some free online courses to learn or improve your Linux skills, you should check out this list of Free Linux Courses for Programmers and Developers.
javin paul
Share