10 Examples of cURL command in UNIX and Linux

Hello guys, if you want to learn about the cURL command and looking for an awesome, hands-on tutorial then you have come to the right place. Earlier, I have shared many examples based tutorials to learn many essential Linux commands find, grep, lsof, and chmod command and in this article, I am going to share 10 examples of curl command in Linux. The curl is one of the essential commands to send HTTP requests from UNIX and Linux operating systems. curl command is part of the cURL package and it's not just useful to send HTTP requests but also allows you to transfer files using FTP and send mail using SMTP.
The cURL utility supports many protocols including DICT, FILE, FTP, FTPS, Gopher, HTTP, HTTPS, IMAP, IMAP, LDAPS, LDAP, POP3, POP3S, RTMP, RTSP, SCP, SFTP, SMB, SMTP, SMTP, Telnet, and TFTP.
It also supports SSL certificates, HTTP POST, HTTP PUT, FTP uploading, HTTP form based upload, proxies, HTTP/2, cookies, user+password authentication (Basic, Plain, Digest, CRAM-MD5, NTLM, Negotiate, and Kerberos), file transfer resume, proxy tunneling and more. It's particularly useful if you are working with web services.
You can use the curl command to call web services right from the UNIX command prompt, receive a response, check whether your server is healthy or not. You can write testing and monitoring scripts using the curl command. It's similar to the wget command, which is also used for HTTP requests but it's much more powerful and supports many protocols.

The curl command is by default available in many UNIX installation but if it's not you can always download the latest version from http://curl.haxx.se/download.html, the latest version of the cURL package is curl 7.43.0, released on 17th June 2015. cURL has different packages available for different UNIX flavors like Linux, Debian, Fedora, ArchLinux, AIX, FreeBSD, Suse, Redhat, Ubuntu, and even for Mac OS X and Apple iOS.


10 Example of curl command in Linux

Here are some of the useful examples of curl command in Linux. You can use this command to test your REST API from the Linux command line. You can also check if your web application is up and down by using the curl command in a script and then running it from crontab or a scheduling application like Autosys.

1) How to send an HTTP request from UNIX

You can use curl or wget to send an HTTP request from UNIX, as shown below:


By default, curl uses the GET method to send HTTP requests. You can also use query parameters while connecting to web services using HTTP as shown below:

2) How to provide timeout for HTTP request in UNIX

Another interesting example of a curl command is by using the -m option. You can use the curl -m option to provide a timeout for HTTP requests. If the server will not return any response within a specified time period then curl will exit, as shown below


will wait for 3 seconds before timing out. BTW, -m is used for a couple of things in curl e.g. for the maximum number of redirects and maximum file size to download.

Alternatively, you can use more verbose --max-time, --max-redirs, and --max-filesize options. Worth noting is the maximum time allowed for transfer is in seconds, which means -m 5 means 5 seconds. You can use this option to check whether your website or web service is responsive or not.


You can send any type of HTTP request by using the curl -X command in Linux. It allows you to specify HTTP methods other than GET, for example, the following command will send an HTTP POST request from the Linux command line:


Since GET is the default method, you don't need to specify it but if you want to send other HTTP methods like PUT or POST, you can use this option. Btw, what is the use of POST request without sending any data? Let's see our next example, which allows you to send data to the server using the curl command.


4) How to send data using HTTP POST in UNIX

You can also send a POST request using the curl -d option. -d is nothing but for data, which is sent as POST body. The data is expected to be URL-encoded.


This will send query parameters as a POST request. You can also use the -d option multiple times to specify different data pieces like


This will eventually be combined as -d 'lat=35&lon=139'. The -d option can also be used to submit HTML form data to the server. You can see The Linux Command Line Basics course on Udemy for more details on sending data using the curl command. 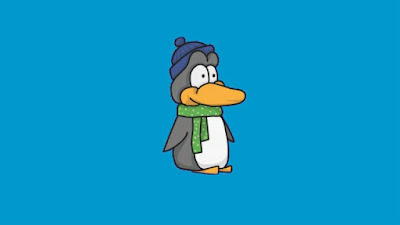 5) How to send a file via HTTP POST in Linux

If your data is large, you can keep them inside a file and tell curl the file name. It will transfer all that data using HTTP post request to the server, here is an example of sending a file using curl:


The @ sign tells curl that whatever follows is a file name. BTW, the content of the file must be URL encoded. You can also use --data instead of -d if you prefer the most verbose option.


6) How to send username password for authentication using curl

If you don't wish your password to be saved in the shell history, you can omit the password part and curl will prompt for a password when it tries to authenticate on the server. As I told earlier, -d instructs curl to use the HTTP POST method to send a request, and "status=.." will be sent as part of the request body. You can further read a Practical guide to Linux command and shell editors to learn more about it. 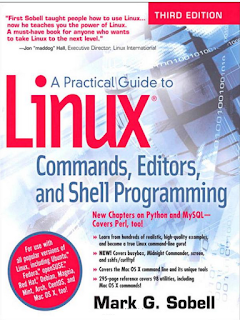 7) How to specify HTTP header using curl command in Linux

You can specify the HTTP header by using the curl -H option. Since with web service you often deal with either JSON or XML rather than HTML, it makes sense to specify content-type as either "application/json" or "application/xml". You can do this using curl as shown in the following example:


You can also use headers while sending data to the server using HTTP post e.g.


One side tip, you can split your UNIX command into multiple lines by using \ (backslash). It makes your command more readable, especially if it's getting long.


8) How to view HTTP response header in Linux

You can use the curl -i command to view the response header in UNIX. Since API and WebService provider is increasingly using HTTP header to provide information about caching, content-type, authorization, etc, it's very useful to see HTTP header using curl as shown below:


This will return all response headers from HTTP response as shown below:

That's all about how to use the curl command to send HTTP requests and receive a response. We have seen several examples of curl commands ranging from sending simple HTTP requests to timeout, with query parameters and different types of HTTP requests like POST, PUT, and DELETE.

It's actually a must-know tool if you are working with REST web services that return JSON or XML output. You can test your web services right from the UNIX box, can build scripts to test and monitor them as well. As a Java developer, I use the curl a lot when I work with web services-based applications.

Other Linux command examples, you may like to explore
Thanks for reading this tutorial, if you like then please share with friends and colleagues. If you have any other interesting curl examples, which you use daily or find useful, feel free to share with us too.
P. S. - If you are new to the Linux world and looking for some free online courses to learn or improve your Linux skills, you should check out this list of Free Linux Courses for Programmers and Developers.
javin paul
Share