DevOps is one of the in-demand skills for experienced developers. It also offers a career path for senior developers who don't want to go to project management and want to remain technical and close to the code, but what is DevOps? and how can you learn DevOps? In the past, I have shared some of the best DevOps courses and a complete DevOps Developer RoadMap, and in this article, I'll share the best books to learn DevOps for developers, but before that let's understand what is DevOps?  It is nothing but is an integration of the word development (Dev) and Operations (Ops). Development here refers to software development, I mean the process of writing code, unit testing, debugging and running source codes to create software. While Operations are Information Technology Operations like deployment, support, and creating new environments.

This holy union of Development and Operations,  I mean, DevOps aims to make software development time considerably shorter and still be able to develop and deliver high-quality software.

There was a conference for developers called DevOps day in Belgium in 2009. It was what was discussed at this conference that later gave birth to what we call DevOps today. From 2012 to 2014, there was already a DevOps report and was published annually.

If you are looking to pick up a few things about DevOps or looking to do an in-debt reading on DevOps, then these few books might just be the place to start.  Btw, if you are a complete beginner in the world of DevOps then DevOps: The Big Picture course on Pluralsight is also a great starting material. You will learn how Automation and Technology play a key role in DevOps and why DevOps is important for companies of all scales.

Without wasting any more of your time, here are some of the best books to learn DevOps, not just the toolchain but also philosophy and mindset for automation, which is the core of DevOps. You will learn how to set CI/CD pipeliner for seamless building, testing, and deployment.

The Effective DevOps: Building a Culture of Collaboration, Affinity, and Tooling at Scale
is another collection of the O'Reilley books. It is a firm that writes tech books, articles, and conferences owned by a man called Tom Reilley.

This book was however written by Jennifer Davis and Ryn Daniels. The 410-page turner explores the fundamentals of DevOps and teaches how to encourage collaboration among developers and IT.

The table of contents covers Chapter one, the Big Picture that gives a brief outline of a snapshot of DevOps culture and the evolution of the culture. It also gives an instance of two stories, Katherine’s Story and Jennifer’s Story.

It then talks about the values of the two stories and illustrates Devops with Stories. Chapter two, on the other hand, describes DevOps as a prescription for culture and explains the DevOps Equation. If you find this book a little bit tough to read then I also suggest you combine this book with a course like Learn DevOps: Continuously Deliver Better Software by  Edward Viaene on Udemy to get some active learning experience. 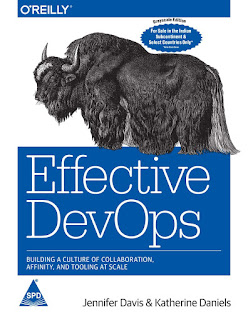 Coming back to the book, Chapter three covers the history of DevOps and developers as an operator, the advent of software engineering with proprietary software and standardization, the age of the network, the beginnings of a global community, the age of applications, and the Web, the growth of software development methodologies, open-source software, proprietary services, and agile infrastructure.

It expands to the beginning of DevOps day, and the current state of DevOps. Chapter four is on foundational terminologies and chapter five discusses DevOps' misconceptions and anti-patterns. Chapter six covers the four pillars of effective DevOps and chapter seven covers collaboration which means teaching individuals how to work together.

Chapter fifteen is scaling misconceptions and troubleshooting and chapter seventeen is teaches how to build a bridge between DevOps cultures and learning from our Stories. The remaining chapters just conclude creating effective Devops with Further Resources

This handbook was written by Gene Kim, Jez Humble, Patrick Debois, and John Willis and has since then won the hearts of many developers and programmers. The reviews on the site are also amazing and the book correlates the relationship between the development team that is in charge of writing codes and the operation team that is tasked with launching and maintaining the software.

It stresses the importance of consistent communication between the two parties. The 480-page book published in 2016 will teach you "How to Create World-Class Agility, Reliability, and Security in Technology Organizations."

You can also combine this book with the course like Docker for the Beginners- Hands-On DevOps to also learn specific key tools like Docker, Jenkins, Ansible, Puppet, and Kubernetes which is essential for any DevOps engineer. 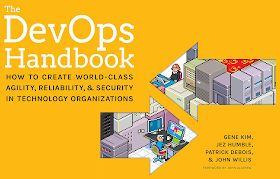 It teaches the Fundamentals of DevOps for Developers and introduces Building Blocks of DevOps.The book discusses how to use metrics and measurement views, quality and testing, shared incentives, and process views as procedures to gain fast feedback with a unified and holistic approach.
If you need a course then you can also combine this book with the DevOps Fundamentals - CI/CD with AWS +Docker+Ansible+Jenkins course by Rahul Shetty on Udemy. It's a great course to learn some hands-on DevOps knowledge for developers. 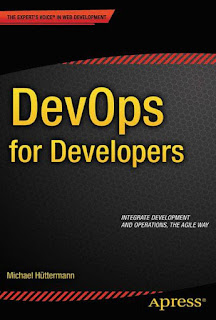 4. Accelerate: The Science of Lean Software and DevOps

This book is an award-winning DevOps book on "Building and Scaling High Performing Technology Organizations," written by Nicole Forsgren, Jez Humble, and Gene Kim. This book is a research-based text on the best procedure of developing to delivering software.

It took four years of hard work and research to accomplish and the results were analyzed and then presented to developers worldwide. With this book, readers can be able to safely access their teams and reassign them for maximum results. 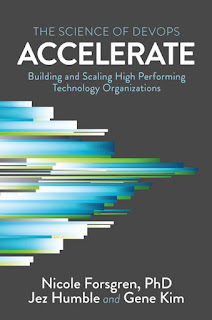 Study books are fun, especially the ones with the long list of "dos" and "don’ts" and the "whys" and processes. Unfortunately, if you are not a fan of such long analogies, or just fall asleep at chapter one, then this read is perfect for you.

The Phoenix Project is a novel that portrays the use of DevOps techniques to solve IT and software crises. Here, you will become entirely encaptured by the world of Bill, an IT manager at Parts Unlimited.

The Phoenix Project: A Novel About IT, DevOps, and Helping Your Business Win book has been called breathtaking and sneaky on several occasions by many developers, and it's recommended by so many people to me that I lost count. 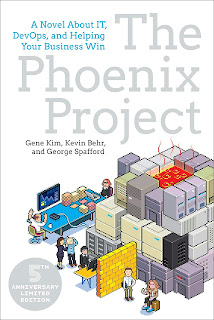 That's all about some of the best books to learn DevOps for Beginners and experienced Programmers. DevOps is a great skill to have in this modern world of Software development, especially for senior programmers. If you want to grow in your career as a Technical Architect or want to remain close to code, DevOps offer another alternative.


Other DevOps, Cloud, and Programming Courses you may like

Thanks for reading this article so far. If you find these best DevOps books useful then please share them with your friends and colleagues. If you have any questions, feedback, or a book that should be on this list, feel free to share it with us.

P. S. - If you need some free online courses to kick start your DevOps journey then you can also take a look at this free DevOps Essentials course on Udemy to learn DevOps from scratch with Jenkins, Docker, and Kubernetes for programmers and developers.
javin paul
Share