Quantum computing is a novel technology that employs quantum physics to solve problems that standard computers can't handle. Quantum computing is a sort of system that does calculations using the collective qualities of quantum states including superposition, interference, and entanglement. Quantum computers are machines that can carry out quantum calculations. I-5 Despite the fact that quantum computers are currently too small to outperform traditional (conventional) computers in practical applications, they are expected to be capable of performing some computational tasks far faster than traditional computers, such as integer factorization (which underpins RSA encryption). Quantum information science is a branch of research that studies quantum computers.

"Quantum Computing" is one of those buzzwords that gets thrown about a lot yet is often misunderstood. The causes for this situation could be several, but one of the most important is that it is a relatively new scientific field with few unambiguous interpretations.The word "quantum," which relates to quantum mechanics, one of the most counter-intuitive ways to describe our universe, is the fundamental roadblock here.

But have no fear! This is not a quantum mechanics course. We'll softly touch it at first, then set it aside to focus on the mathematical model of quantum computers that physicists have graciously developed for us.
This isn't to say that the entire course is made up of mathematics (however there will be enough of it). We'll make a simple working quantum computer with our bare hands and look at several algorithms planned for larger quantum computers that haven't been constructed yet.

Here are the Top 5 courses which would help you in learning Quantum Computing in 2022. These online courses are curated from the best online learning websites like Udey and Coursera. I will add more courses when I found but at the moment these are the best quantum computing courses you can join

Quantum computing (QC) will have a significant impact on the industry in the near future, affecting everything from healthcare and pharmaceuticals to manufacturing, finance, and communication systems.
It will empower businesses to achieve things that are not just faster than traditional computers, but also fundamentally different. Quantum computers aren't a long way off. The quantum era is here, and managers and executives must be aware of the business implications of this new frontier and be ready for disruption.
You will be able to differentiate the hype from the promise after completing this class, and you will have a fundamental understanding of how a quantum computer operates and its applications.

You'll be able to answer the following basic Quantum Computing questions:
And, most importantly, how will this impact your company? 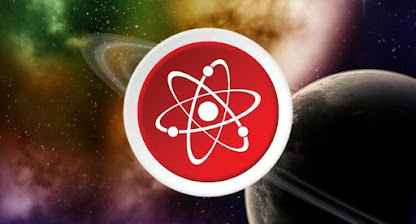 2. The Introduction to Quantum Computing - Coursera

This is one of the best courses to learn Quantum Computing for Beginners in 2022. This is also one of the most popular Quantum Computing courses on Coursera with 32K students.
The course materials are intended for computer scientists, engineers, and programmers who feel that something other than HLL programming will propel our computing power to infinity.
The following are the topics covered in the four modules:

What would you use to describe a computation? What is the history of computations?

They'll discuss computational complexity theory and related challenges in addition to computer generations. All of this points to the conclusion that quantum computing is the way of the future.
Create, discuss, and analyse genuine quantum algorithms, as well as a real quantum computer for one of them!

Shor's algorithm for period finding is the most well-known quantum computation in the world would also be covered.
Here is the link to join this course - The Introduction to Quantum Computing

This is a brief course on Quantum Natural Language Processing that covers the fundamentals of QNLP and how to use the lambeq QNLP toolbox to explore its practical applications. The course does not cover the mathematical foundations, such as category theory, but it does touch on diagrammatic quantum theory, which is solely utilized to create DisCoCat, a graphical algorithm (Distributional Compositional Categorical).

The course is separated into the following sections, each of which has a consistent structure to assist you in navigating according to your needs: 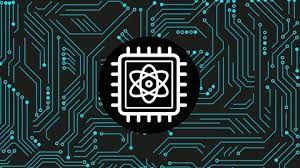 4. Quantum Computing: from Basics to the Cutting Edge Specialization

This specialization will provide you access to quantum technology. You'll learn about the fundamentals of quantum computing and how to put them into practice.

Two scientific organizations - physicists and mathematicians - collaborated to develop the speciality, which allows you to examine quantum computing from several perspectives.

Despite the fact that the same themes are presented in different courses, they are approached from diverse perspectives and with varying degrees of information. We hope that as you progress down this path of gradual immersion, you will begin to feel like a true quantum computing expert.

By the way, if you find Coursera courses useful, which they are because they are created by reputed companies and universities around the world, I suggest you join the Coursera Plus, a subscription plan from Coursera which gives you unlimited access to their most popular courses, specialization, professional certificate, and guided projects. It cost around $59/per month and provides unlimited access.

This is another quantum computing introduction course. Here, the focus is on how the mathematical model of quantum computing emerges from physics and experiment, avoiding most formulas and detailed proofs (where possible).

During the first week, the topic is explained in simple words (hopefully) where a quantum computer's computational capability derives from and why it is so difficult to build. You don't need any math beyond a high school level to comprehend the materials this week.
The mathematical model of quantum computing and how it is experimentally justified are the topics of the second and third weeks. Here's where you'll need to do some extra math. Some simple differential equations and utilize complex numbers to introduce the concept of a linear vector space have been examined.

The fourth week is devoted to quantum physics' mathematical language. If you wish to dig deeper, you might need this. 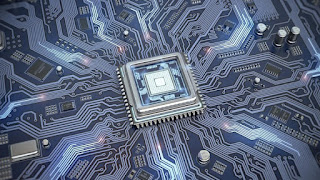 That's all about the best online courses to learn Quantum Computing in 2022. Quantum computing is a novel technology that employs quantum physics to address issues that standard computers can't handle. In practical applications, current quantum computers are too tiny to outperform traditional (conventional) computers.
They are, nevertheless, expected to be capable of tackling some computational problems far more quickly than standard computers. So, in order to keep up with the latest technologies, one must take these courses.