ThreadLocal in Java is another way to achieve thread-safety apart from writing immutable classes. If you have been writing multi-threaded or concurrent code in Java then you must be familiar with the cost of synchronization or locking which can greatly affect the Scalability of application, but there is no choice other than synchronizing if you are sharing objects between multiple threads. ThreadLocal in Java is a different way to achieve thread-safety, it doesn't address synchronization requirement, instead, it eliminates sharing by providing an explicit copy of Object to each thread. Since Object is no more shared there is no requirement of Synchronization which can improve scalability and performance of the application.


When to use ThreadLocal in Java

Many Java Programmers question where to use ThreadLocal in Java and some even argue the benefit of the ThreadLocal variable, but ThreadLocal has many genuine use cases and that's why it's added to the standard Java Platform Library. I agree though until you are not in concurrent programming, you will rarely use ThreadLocal. below are some well know usage of ThreadLocal class in Java:


1) ThreadLocal is fantastic to implement Per Thread Singleton classes or per thread context information like transaction id.

3) ThreadLocal provides another way to extend Thread. If you want to preserve or carry information from one method call to another you can carry it by using ThreadLocal. This can provide immense flexibility as you don't need to modify any method.

/*
* Every time there is a call for DateFormat, ThreadLocal will return calling
* Thread's copy of SimpleDateFormat
*/
public static DateFormat getDateFormatter() {
return dateFormatHolder.get();
}
}

If you look at the output of the above program then you will find that when a different thread calls getFormatter() method of ThreadLocal class than its call its initialValue() method which creates an exclusive instance of SimpleDateFormat for that Thread.

Since SimpleDateFormat is not shared between thread and essentially local to the thread which creates its own  threadSafFormat() method is completely thread-safe.
You can further join an advanced course like Concurrency, Multithreading, and Parallel Computing in Java by Holczer Balazes on Udemy to learn advanced concurrency concepts like fork-join pool, map-reduce, and parallel programming. 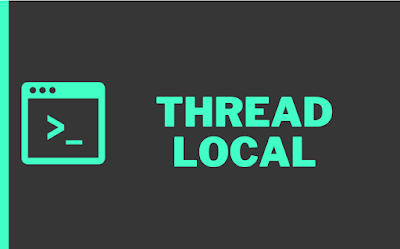 1. ThreadLocal in Java is introduced on JDK 1.2 but it later generified in JDK 1.4 to introduce type safety on ThreadLocal variable.

4. ThreadLocal variables in Java are generally private static fields in Classes and maintain its state inside Thread.

Don't misunderstand that ThreadLocal is an alternative to Synchronization, it all depends upon the design. If the design allows each thread to have their own copy of the object then ThreadLocal is there to use.

Other Java tutorials on Threading you may find useful
Thanks for reading this article so far. If you find this Infomation useful then please comment and share this article with your friends and colleagues. It makes a lot of difference. If you have any doubt, questions, or feedback, please ask and we would be happy to explain.
javin paul
Share