Top 5 Books to Learn Docker for Beginners - Best of Lot

Hello guys, if you are a developer or software engineer then you might have heard about Docker and containers. Being an author of a Java and Programming blog, I daily receive a lot of questions about Docker like what is Docker? what is Docker compose, which Docker commands should I learn, what is Docker Hub, How can I migrate my application to Docker and how can I deploy Docker container on AWS, Azure, and GCP. These are also some of the common doubts of programmers across the world. Let's start with What is Docker and why a Programmer should learn Docker? Simply speaking, Docker programming language makes project management and deployment seem easy.

Docker also aims to solve the classic problem of application working on one machine but not working on others. It does that by abstracting all things including OS which is needed by the application to run.

Docker was first launched by Solomon Hykes in 2013. It is the most popular DevOps tool, and great for continuous deployment and testing.  Docker containers make sure there is consistency with multiple environments, developments, and release cycles, helping to standardize your environment.

Without wasting any more of your time, here is my list of 5 best books to learn Docker for beginner's perspective. Though, this list is not just for beginners but also for an experienced developer who wants to learn Docker in-depth. I have also included books like Docker Deep Dive which is really great to level up your Docker Skills and become the developer every company wants to hire.

The Docker Book was published by James Turnbull in 2014 and soon became a favorite among the Docker community. It is basically Docker for dummies as it painstakingly explains all the concepts of Docker. If this is your first time looking at Docker then this book is a perfect fit for you.

Each lesson teaches theory and practice so you learn the benefits of Docker along with real-world practices. From this book, you will learn how to look at docker with fresh eyes. 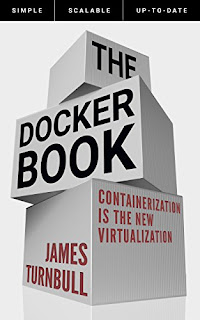 Just like the name suggests, Docker in Action is a practical book with live examples and working exercises. It was written by Jeff Nicoloff, a Docker expert and the book teaches the following:

Running programs securely and packaging containers for deployment with how to manage shared resources. Users will also learn to create and to deploy projects in Docker, managing applications hosted in Docker containers, and working with Docker images.

There are also lesson on how to use DuckerHub for distribution and techniques for using Docker on systems ranging from dev-and-test machines to full-scale cloud deployments. Package applications in containers, including techniques for testing and distributing applications.

I also recommend you to combine this book with a hands-on course like Docker for the Absolute Beginners - hands-on DevOps on Udemy. It's a great course with a lot of exercises to learn essential Docker commands. You will also learn how to compose files with exercise and understand Docker swarm in detail. 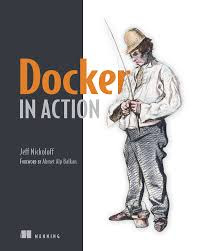 If project deployment is all you are about as a developer then this particular book on Docker might just be for you. Although Learning Docker requires a little knowledge of web programming, no knowledge of Docker or container is required.

The authors Pethuru Raj, Vinod Singh, and Jeeva S. Chelladhurai have also written other amazing programming books and ensures that any beginner developer can learn Docker by reading this book.

With this book, you will learn how to build a Docker image using Dockerfiles, push and publish images on Docker Hub, a maven like a repository, run your own private Docker Hub and upload images onto it, compose, use, and publish the Docker containers, leverage the features of Docker to deploy your existing applications and explore real-world examples of securing and managing Docker containers. 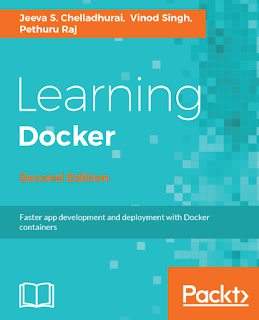 4. Docker: Up and Running

The book was written by Karl Matthias and Sean P. Kane and is all about the advanced and practical aspects of Docker. If you are a newbie then this is not the right fit for you. It tackles Docker concepts like how to keep internal dependencies, package applications, and maintain consistent project environment during local testing and deployment.

It also teaches Docker on several levels such that it makes dependency management very simple for deploying workflow for applications. Like with the previous books, it covers how to excel working with Docker images, containers, and command-line tools with the use of practical techniques to deploy and test Docker-based Linux containers in production.

If you are done with all the basics and you still want more, then checking out Docker Mastery: with Kubernetes and Swarm course still have some more advanced concepts. The courses are taught in very simple English and by a Docker captain himself, which makes it a nice companion of this book, particularly for people who wants to learn Docker in-depth. 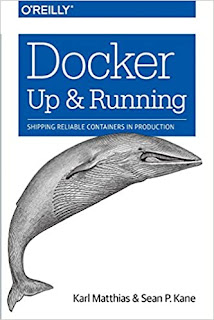 As the name entails, this book offers one a chance to become the grandmaster of Docker.  It is also touted as the best Docker book online. It offers lessons on the deeper and advanced parts of Docker and tackles setups like AS,(automated server).

The book provides an in-depth explanation of Docker architecture and deep dive into concepts like Docker image and containers. It also covers Networking, Security, and Volumes. This book also covers the Docker Certified Associate (DCA) certification, which means you can also use this book if you are preparing for Docker certification.

The book is written by Docker Captain and leading educator in the container ecosystem Nigel Poulton, who is also created some of the best Docker online courses like Getting Started with Docker and Docker Deep Dive on Pluralsight. If you like you can combine this book with those courses to learn Docker better with some active learning exercises and explanation from none other than Nigel Poulton, author of this book. 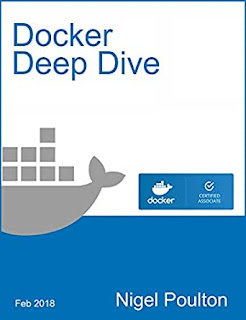 That's all about the best books to learn Docker for beginners. As I have said before, Docker is an essential skill for every programmer as more and more companies are switching to container-based deployment. If you can, I highly recommend you to learn Kubernetes as well because Docker and Kubernetes go along nicely as nobody deploys containers manually nowadays they use Kubernetes to deploy containers at scale.


Other DevOps, Cloud and Programming Courses you may like

Thanks for reading this article so far. If you find these Docker books useful then please share with your friends and colleagues. If you have any questions or feedback then please drop a note.

P. S. - If you prefer online courses over books or just want to do some active learning then I also recommend you check out Docker and Kubernetes: The Complete Guide course by Stephen Grier on Udemy. It's one of the best and up-to-date courses to learn both Docker and Kubernetes and Stephen is well known for making complex things simpler.