Hello guys, if you want to learn Linux and Ubuntu Operating system in 2023 and looking for the best resources like books, online courses, and tutorials then you have come to the right place. Earlier, I have shared the best Kali Linux courses, websites, and books and in this article, I am going to share free online courses to learn both Ubuntu and Linux online. Ubuntu is without a doubt one of the most widely used operating systems for server-side applications. Except for a number of Java apps that run on Windows as a service, I've seen practically all Java applications run on Linux.

When standalone software like IDEs and tools are removed, most real-world Java applications, such as payment gateways, trading platforms, and other financial applications, work on Ubuntu. That's why learning and understanding Ubuntu, both the operating system and the command line, is critical for any programmer, IT professional, or developer.

Ubuntu is one of the most significant skills to have since it lasts a long time. It is not only useful for many IT vocations, such as support engineers, testers, developers, business analysts, and system administrators, since it encourages you to build shell scripts and teaches you a lot about automation.

By the way, if you are looking for a comprehensive and up-to-date Linux and can afford a paid course then also suggest you to checkout the Linux Mastery: Master the Linux Command Line in 11.5 Hours course by Ziyad Yehia which are both comprehensive and very engaging. and also very affordable. You can join this course for $9.9 most of the time. 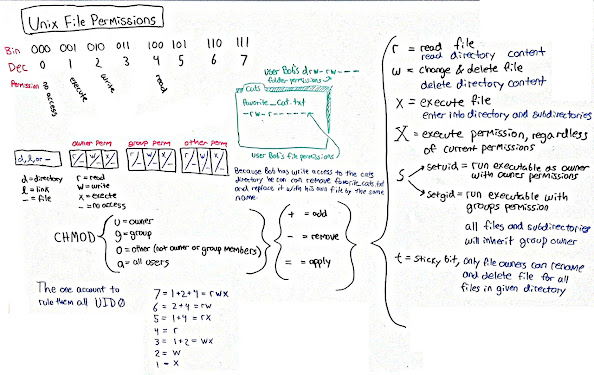 This article lists free lessons on both the Linux and Ubuntu operating systems and the Linux and Ubuntu command lines, the latter of which is more important. These free courses are open to anyone who wants to study Ubuntu, but they are better suited for builders, testers, system administrators, and coders.

This is an excellent tutorial for learning how to use the Linux command line. As I previously stated, the command line is a very valuable tool for programmers and developers. Learning the command line will be extremely beneficial if you want to dive into Ruby on Rails, Django, Unix customization, and so much more.

To enroll in the course, click on the following link: Basic Commands on the Linux Command Line
This course will teach you the majority of the fundamental Linux commands for file management, process management, system management, and so on.

The command line training is geared toward Linux users, but Mac users can benefit as well, but not everything is applicable. The command line may appear tough and complex to novices, and it may be difficult to sit down and study on your own, which is where this course comes in.

2. Linux for Developers on Coursera [Free to Audit]

Many people doesn't know that you can audit most of the Coursera course for free and this Linux course is one of them. You can use this course to learn Linux Fundamentals like what is Linux file system, what is shell and kernel, how to work in command line, monitoring utilities and more.
The best thing about this course is that its offered by Linux Foundation itself and a legit free course. It's also part of of the Open Source Software Development, Linux and Git Specialization, which means if you complete this course then it will count towards that specialization as well.
The course is taught by Jerry Coooperstein, a Linux veteran who has been working in Linux since 1994. He is responsible for all training content at Linux foundation and has more than 4 courses on Coursera, including this one.
Talking about social proof, more than 32,000 programmers and developers have joined this free Linux for Developers course and it has on average 4.5 rating which is great. The course is also 100% online and got great reviews. If you want to learn Linux for free on Coursera then I highly recommend this course to you.

But why when to take a Specialization's courses for free for audit then you won't get any certificate. If you are joining this course to get Coursera certificate then you need to either enroll into the specialization or take a subscription plan like Coursera Plus which provides unlimited access to more than 5000+ Coursera courses, projects, and professional certificates.

It's yet another fantastic free Ubuntu course from someone with over 25 years of experience in the field. Jason Cannon began his IT career as a Unix and Linux System Engineer in the late 1990s, and he has offered some of his real-world Ubuntu expertise in this course.

You'll learn how to set up an SSL certificate on CentOS Linux and Apache, how and where to load balance HTTP and web traffic using Nginx, and how to establish MySQL Master-Slave Replication on Ubuntu Linux in this course.
These hands-on exercises will assist you in getting started with Linux and will give you the confidence to work on actual systems.

This is a Red Hat-sponsored free Ubuntu course. Steve Bonneville, a technical curriculum architect for Red Hat Training, will teach you the fundamentals of Linux and show basic practical skills for Ubuntu use and system administration duties for IT professionals in this official Red Hat training course.

Ubuntu has become a must-know technology for IT professionals, as it is used to host server-side applications, in the cloud, and on containers that host applications in data centers and the same are interested in this course.

5. Learn Linux on a MAC or Windows [Free Course]

The said course is designed for complete beginners. Have you ever desired to know the answers to the following questions in simple terms:

It's the primary step toward learning Ubuntu commands, especially if you operate mostly on a Mac or Windows computer. Although being an expert on the Ubuntu command line takes a long time, having a lab setup is the best method to try out those commands on your own.
Using a virtual machine (VM) as a virtual box in Windows or Mac is also a good idea because you can easily remove it and start over if something bad happens, and you can work offline without the need for Internet access.

That's all there is to some of the best free online Linux and Ubuntu courses for Beginners in 2023. Ubuntu, as I previously stated, is an essential skill for every programmer or IT worker. If you know Ubuntu, you can accomplish a lot more.

Because most real-world apps operate on an Ubuntu server, it also opens up a universe of possibilities. The best aspect of learning Ubuntu is that you'll be able to use it for a long time. It will not go out of style like a system or API.
These Udemy free courses are really great to start with both Linux and Ubuntu and you should join them to Learn Linux on your own.
Other Free Programming Courses and Articles you may like
Thanks for reading this article so far. If you like these best free Linux and Ubuntu online courses and find them helpful, please share them with your friends and colleagues. If you have any questions or feedback, then please drop a note.


P. S. - If you don't mind paying a few bucks for learning a valuable skill like Linux, then I highly recommend you  to checkout the Linux Mastery: Master the Linux Command Line in 11.5 Hours course by Ziyad Yehia which are both comprehensive and very engaging. You can use this course to learn both Linux concepts and commands from scratch.
javin paul
Share